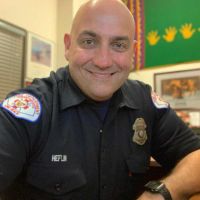 Jake Heflin is an enrolled Tribal member of the Osage Nation and Cherokee Nation. He is from the Wa-Xa-Ko-Li District and Tzi-Zho Wah-Shtah-Keh clan. His Osage name is Tah-Wah Gka-Keh (Town Maker). Jake is the current President and CEO of the Tribal Emergency Management Association – “iTEMA”.

Currently, Jake serves as the First Vice-President for Friends of Long Beach Firefighters, a non-profit organization supporting community outreach in the City of Long Beach.  In addition, he is a Paramedic Preceptor for Los Angeles County and has served as skills and peer instructor for fire and EMS-related training.  As the CERT Program Manager for Long Beach, Jake oversees community preparedness activities for the fire department. Under his leadership, the Long Beach CERT program was nationally recognized and awarded the 2017 FEMA Individual and Community Preparedness Award for their efforts with “READY Long Beach”, a community preparedness initiative targeted at increasing a “whole community” approach to building capacity, preparedness, and resiliency. 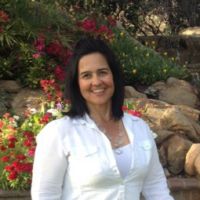 Dore Bietz (Northern and Southern Me-Wuk) resides on the Tuolumne Rancheria in Central California. After receiving a degree in Landscape Architecture, Ms. Bietz has worked for tribes specializing in realty and land use. As a former council woman, Dore understands the complexities of tribal governments and the need to foster better communication between tribes and outside agencies. An expert in California Indian land issues, Ms. Bietz has testified in front of Congress, worked with the administration on land regulations and served as a technical consultant to Tribes throughout the country.

Ms. Bietz currently works as a Planner for the Tuolumne MeWuk Tribal Council where she is involved in every aspect of community development. Ms. Bietz also serves as the Tuolumne Me-Wuk Tribal CERT as the Program Manager and is a CERT Instructor working with the Tribal Community in developing their emergency management system. Outside of her daily work routine, Dore is a member of the National Ski Patrol and serves as a first responder to both the Dodge Ridge and Kirkwood Ski Resorts.

NEP IS A UNION WORKPLACE!

Get to know us

Get to know us
Stay updated
iTEMA